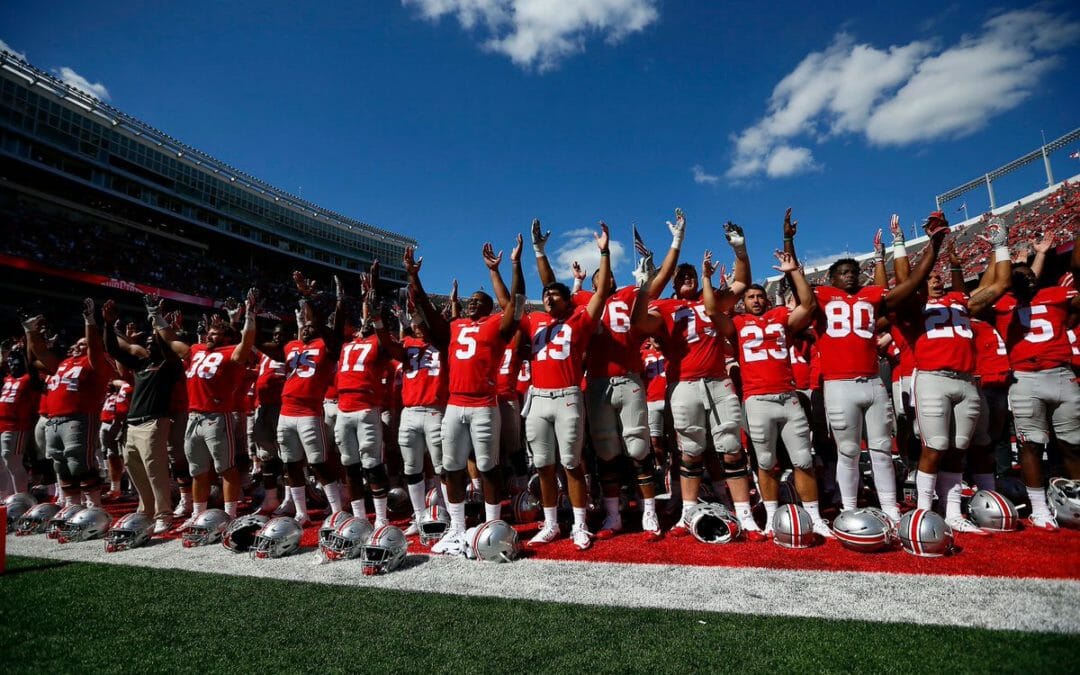 “I’m sorry, you don’t have enough experience for this position.” Have you heard this before in a job interview? While many employers look for traditional experience, the currency of the world of entrepreneurship is applied knowledge. Playing college football has provided me with a framework of transferrable skills. Now I am applying the concepts I have learned to launch my organization, Prime U, focusing on empowering students and young professionals with principles and skills to become the best version of themselves through values-driven leadership training, holistic personal development, and innovative learning solutions.

In my football career I had the unique distinction to play at two top 25 programs, under three head coaches and four position coaches. Each program and coach taught me different skill sets that have shaped me into who I am today.

The following is a critical look inside my experiences and observations under coaches Charlie Strong, Urban Meyer, Chris Ash, Greg Schiano, Dabo Swinney and executive Phil Knight of Nike.

Six concepts learned through college football leading to my success in business today:

1. A Standard of Performance

In order to be a starter at Ohio State, the standard is for you to be the best player at your position in the country. Coach Meyer always said “what chance is it that our standard changes? ZERO!” I pushed myself harder than I ever had before in order to meet the standard that was placed upon me. I was given a clear set of expectations to meet and knew exactly how my daily actions worked towards our team goals.

As a professional, I have a personal standard of excellence that I have clearly defined and hold myself to accountable to, every single day. This standard guides my thoughts, words and actions. For example, one core tenant is “valuing every individual.” I give my undivided attention to owning the present moment, especially when speaking with people.

Most importantly, a standard of performance allows me to focus my energy. The only person I compete with is myself. I don’t spend time worrying about comparing myself to others, that only takes my focus off my mission.

As a player, I would watch about 12–15 hours of game film per week in preparation for an upcoming game. Defensive Backs specialize in studying behavioral patterns of wide receivers and formation tendencies of offenses. Pre-snap reads are the most important part of a play, allowing the player to put themselves in position to be successful.

Through intensive film study, I was able to anticipate, not guess, what the opponent may do on a given play. The same goes in business. I study tendencies and behavioral patterns of the market and consumers. How does one stay cutting-edge or ahead of the curve? By making pre-snap reads, studying, and recognizing patterns. This prepares individuals to anticipate and react when the opportunity arrives.

The speed of business is equivalent to, if not faster than, the speed of elite level sports. The ability to adapt to changes in momentum is another critical trait of elite performers. As a coach, I learned how in-game adjustments and self-scouting are what makes the best play-callers. The game plan itself is not what leads to success, it is how you can adapt the game plan to certain situations within the game.

A business plan, goal sheet or game plan is a living document. Your strategy must evolve as you do. Without the ability to evaluate, adjust, adapt, and execute, you cannot expect significant results.

Just when you think you are at the top of your game, that becomes your new normal.

Every day my goal is to out-prepare myself for the next opportunity, doing more than I did the previous day around my use of time and energy. I’ll never forget what Phil Knight told me “What helped me the most is the ability to embrace silence and actually think about what I’m doing, and if it was the best thing for me to do.” That is adaptability at its finest.

I have never been the biggest, fastest, or strongest, but I am able to run with the best of the best because I know exactly what my skill set and abilities are. My heightened level of self-awareness has given me the confidence to be the best version of Jarrod Barnes I can be, providing greater understanding of how I can maximize what I already have.

In the business world, I know what I know, but I also understand I have gaps. I leverage my skills and look to own my space instead of trying to be the expert in everything.

Proverbs 27:17 states “as iron sharpens iron, so does one man sharpen another.” My teammates not only pushed me to become better, but elevated my level of performance through critical feedback, encouragement, and love.

We had a level of trust and vulnerability that allowed us to celebrate after interceptions and regroup after giving up touchdowns.

Leadership has been defined thousands of different ways. I would simply define leadership as influence. As players, we gathered around the compelling and shared vision of our coaches, but it was up to us to put systems in place to influence a higher level of accountablity. During my senior season, I would make sure all of the other safties had completed their film study, gameplan notes, and formation tendancy tests prior to leaving our hotel before the game. Coach Vance Bedford once said “A true mark of a leader is if he can bring someone along with him.”

Now as a leader in business, I seek to do three things with those in my organization:

2. Set a clear standard of performance and expectations.

3. Equip them with the tools to be successful on their own and inspire a shared vision.

These three simple acts have made a profound impact on my team and leadership ability. I have learned to sacrifice what I may want personally for the good of the team. People will follow you before they follow your vision.

6. The Thrill of The Hunt

My biggest takeaway playing college football has been the ability to focus on the process (journey) of becoming elite (outcome). I get more excited about learning and preparing for a keynote address than actually delivering the keynote itself. While others fixate on national championships, job promotions or salary raises, I am fixated on improving my speaking ability, thought process and methodology.

Success is a byproduct of preparation. Fame and fortune does not change you, they reveal who you really are.

It seems as if our generation gets “high” off of instant gratification, trending topics and short term relevance. Sustained success is only earned through a dedicated and deliberate approach to your practice over time.

A standard of performance will give you clarity on your daily actions. Understanding patterns will guide forecasting and future decision-making. Adaptability makes and keeps you relevant to consumers. Playing to your strengths maximizes your effectiveness. Focusing on the process allows you to get better at getting better.

Small, incremental changes in your life will lead to exponential growth and sustained change.